To learn a language, one of the best ways is through movies. Our mind tends to relax and grasp more through videos than classroom teachings. Movies are a better way to learn a language quickly and easily.

And if you are someone who is learning the Spanish language or love movies other than Hollywood, then grab some popcorn and settle down!

Without further explanation, let’s get on with the list of the best Spanish movies on Netflix. Here are the top 10 of them.

Oscar-winning Spanish movie directed by Alfonso Cuaron takes you through the lives of a servant named Cleo. The hardships faced by the family, the emotional scenes and the storytelling of the movie is breathtaking. The blend of tragedy, absurdity, and comedy makes the film worthwhile.

Based on a novel by Guillermo Martinez, an Argentinian writer, the entire movie revolves over the concern of parents for their son. The fear and control of his wife trying to isolate their son make the father suspicious. The movie eventually ends with the father discovering the truth and getting killed. This Netflix movie will keep you in wonder as the ending leaves you to finish the puzzle.

A real-life story of a Spanish man detected with a disease called multiple sclerosis at the age of 30 is determined to prove his capability. Despite learning the fact that he will not be able to walk much within a year, he enrolls in a competition called Iron Man race. This story will motivate you and help you realize that superheroes are ordinary human beings who fight until the end to overcome the task. It is one of the most heartwarming Spanish films on Netflix.

If you are into a thriller movie involving politics, then this is the right one for you. A spy who fakes his death to take revenge on his government. A complex story that entirely revolves on trust, survival, and betrayal. Derived from Paesa, El Espia De Las Mil Caras, a non-fiction book by Manuel Cerdan, this movie will develop a slightly specialized vocabulary as it has a lot of political and historical references.

Murder mystery fans should watch this suspense thriller—a young businessman convicted for killing his mistress. And guess what, he has only three hours to prove his innocence. Flashbacks from the past and the amount of time left will keep you holding on to your seats and grinding your teeth. Trying to solve the mystery like a jigsaw puzzle makes this movie makes one of the best Spanish movies on Netflix.

Spanish horror movie directed by Paco Plaza based on the real events of three High school girls who unknowingly unleashes an evil force using an Ouija board is the foundation of the movie. Veronica, whose hand remains on the board, is possessed and experience paranormal occurrences. It is considered as one of the best Spanish films on Netflix and will raise your heart rate.

When a Nobel Prize winner who never accepts an invitation says yes to an invite from his home town in Argentina, what do you think will happen? A lot of fun, appreciation, memories, sadness, and meeting a lot of people. Mr. Mantovani, whose source of stories revolves around his hometown, finds a lot of similarities and differences with the people. He exactly meets and experiences things that he completely hates—the opposite of his expectations but a reflection on life. The comedy movie will make your day. Do watch it on Netflix.

The movie has won Oscars for its art direction, makeup, and cinematography. The signs seen by a little girl who is a princess of the underworld have to participate in three tasks to prove her loyalty to return and see her real father. The existence of two worlds, the fairies, and the bloody civil war makes this movie very captivating. This dark fantasy, written by Guillermo Del Toro, will take you on an imaginative journey.

Another great Spanish comedy movie that will make you laugh in pain. When two naughty girls who end up in a Christian camp makes the entire place upside down, their passion for electro Latin music, first love makes the movie a bit captivating. The appearance of God and reflection on themselves helps them to create a hymn that changes their lives forever.

The violent nature of humans and the illusion of redemption is shown in this four Goya award-winning movie with actor Antonio de la Torre as the main actor. Joe, who falls in love with a woman whose boyfriend recently comes out of the prison. The struggles to survive, the movie depicts revenge, violence, and emotions. The cocktail of bitterness makes this movie very fascinating. Faint-hearted are recommended not to watch. 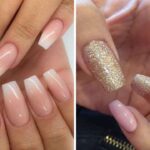